DSFL Returner of the Year 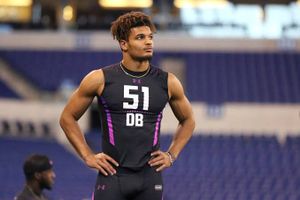 Victor Moreno was named the inaugural NSFL Returner of the Year during the 2035 season.

The Developmental Simulation Football League Returner of the Year Award is an award given by the NSFL Head Office & DSFL GM committee to the American football player who is considered the best overall kick and/or punt returner in the last completed season of the Developmental Simulation Football League (DSFL). Since the 2035 season, the DSFL has recognized the winner of the Returner of the Year award in addition to all other awards at the annual DSFL Awards Ceremony.

The award is voted upon by a panel of dedicated head office members and DSFL general managers at the end of the post season, though the results are not announced to the public until the following preseason.