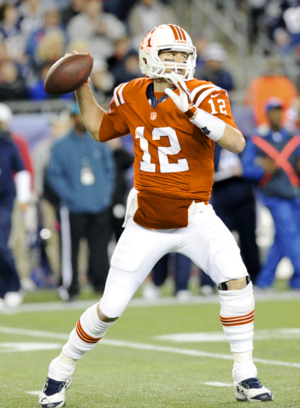 Mike Boss was named NSFL MOP three times, more than any other player in history.

The International Simulation Football League Most Outstanding Player Award (ISFL MOP) was an award given by the ISFL players association to the American football player who is considered the most outstanding in the International Simulation Football League (ISFL). Since the 2016 season, the ISFL has held the annual ISFL Awards ceremony to recognize the winner of the MOP award and all other awards. The award was discontinued after the 2025 ISFL season, but recontinued after the 2047 ISFL season.

The ISFL players association presented a MOP award from 2016 to 2025 and restarted in 2047. The award was voted upon by all players currently playing in the ISFL at the end of the post season, though the results were not announced to the public until the following preseason.